Often, in February, after several long cold months of winter, I long for a mini-holiday in a place guaranteed to be warm and sunny.  The first place I usually think of is southern California, and the logical time to go is Family Day weekend.  It’s been ages since I’ve been able to go, but this year the flight and hotel deal was amazing, so off my sister-in-law and I went to San Diego.  (Do check out the photos at the end of the post.)

Another February tradition I have is reading a Georgette Heyer romance novel for Valentine’s Day, but I am out of Georgette Heyer at the moment, so as I packed for my holiday I included my last unread Rosamunde Pilcher novel to read by the pool and every night before bed.  It is called Winter Solstice, and is a story about various people coming together to a small community in Scotland from London, New York and many other points on the compass, some purposely and others by chance, in mid-December.

I am amazed and inspired at the generosity of the characters in Pilcher’s novels, warmly giving their friendship and affection to people they just met.   The way distant friends or relatives, friends of friends, or even complete strangers are welcomed to live in a household for weeks or even months at a time makes me wonder if the author experienced this in her family, or if this is standard in Great Britain.  I am not normally as gregarious as these people, but I want to be.  (I found myself so inspired by this story, though, that as soon as I got home I happily got together with some friends and family—4 gatherings in 5 days.)

Each chapter title is the name of a main character, and each of five characters is the focus of several chapters.  We get to know Elfrida, a free-spirited 62-year-old former actress, and we get to meet the new friends in her new community, especially Oscar, an accomplished musician and teacher about the same age.  Then we meet young businessman Sam, someone unconnected to either Elfrida or Oscar.  Then we branch out and learn more about them, and find distant connections beginning to form.  The author is as lavishly generous about introducing us to the details of the lives and relationships of the minor characters as she is the major characters, and it feels like we are a beloved houseguest in each of their homes.

After a tragedy befalls Oscar, he and Elfrida drive to a rundown Victorian house in Scotland, where Elfrida’s young cousin, Carrie, and Carrie’s 14-year old niece Lucy, end up joining them during the Christmas holiday.  And when Sam—who is no relation or connection to any of them—is snowbound there, he joins them.  Each one in the group has some issue that they are concerned with or privately struggling over, and each spends time with the other, with honest conversation, and no hesitations over shyness or age differences.  It is fun to get to know Lucy through the journal entries she writes in her diary.

One reason I read Rosamunde Pilcher is that I know that I won’t have any shocking murders or hateful, violent or creepy characters or events to contend with.  Her books are gentle and feel like a group hug.  There are definitely some unlikeable people that we have to spend time with, though.  And there were many suspenseful places in the story where I wondered if she was going to break her happy-ending habit, but eventually found that I had nothing to worry about.

Now that the story is over I am almost grieving, as I usually do after I’ve had to part with all the people I’ve enjoyed being with during the past 500 pages.  I feel like the characters did at the end, as some returned to their homes and jobs after the Christmas holiday, while others adjusted to an empty, quiet house.  Yet each one leaves the story far, far better than they arrived, and all are filled with hope, as the reader is also.

To celebrate Valentine’s Day in San Diego, we decided to go out to eat someplace special.  We aren’t really drawn to expensive restaurants, but we did want to try something new, so we treated ourselves to every imaginable kind of salad and comfort food—and as much chocolate—as we could manage at a Hometown Buffet.  (Hometown Buffet, please come to my home town!) 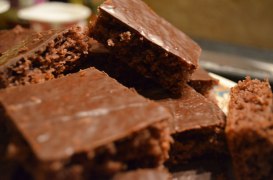 Here, from my pile of holiday photos, are some images of Valentine’s Day love in America’s Finest City… 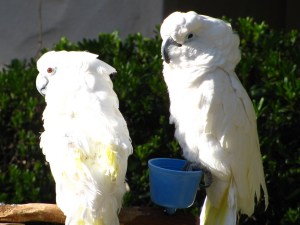