As I mentioned in my last post, I have a new treasure that I picked up recently at my favorite used bookstore, Better Books and Bibles.  It was made from prayers used in the Daily Broadcast Service of the BBC radio program, compiled by an unnamed and un-credited person.  There are no dates that I can find anywhere in the book, which I find intriguing, but according to the National Trust Collections and other resources, it was published in 1928 or 1929 by St. Martin’s Review, London.

The Reverend H.R.L. Sheppard, who wrote the introduction, conducted the first church worship service ever broadcast on BBC radio on January 6, 1924 at St. Martin-in-the-Fields Church, in London.  You can find a fascinating and inspiring biography of him here.  He “preached in a style that made Christianity live for the ordinary listener.”  Amazingly, and fortunately, the Daily Service is still broadcast on BBC, here. 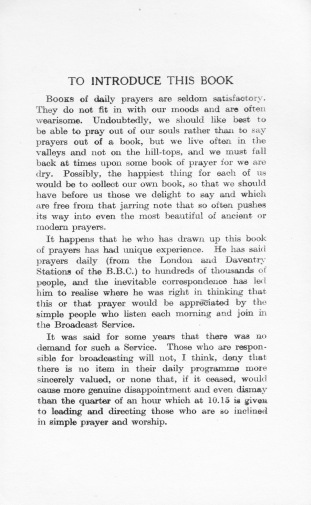 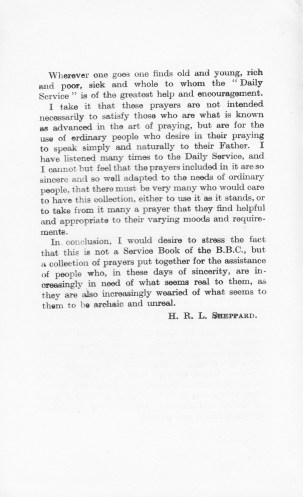 This is one of those books that looks pretty ragged on the outside (which isn’t surprising, being 86 years old and originating in London, England), but brand new on the inside and perfectly relevant to today.

In its 70 pages, each containing three separate entries, are one-sentence prayers focused on a short phrase of scripture.  What a simple and valuable way of praying, to be reading at any point in the Bible, and to stop at one place to speak to God. 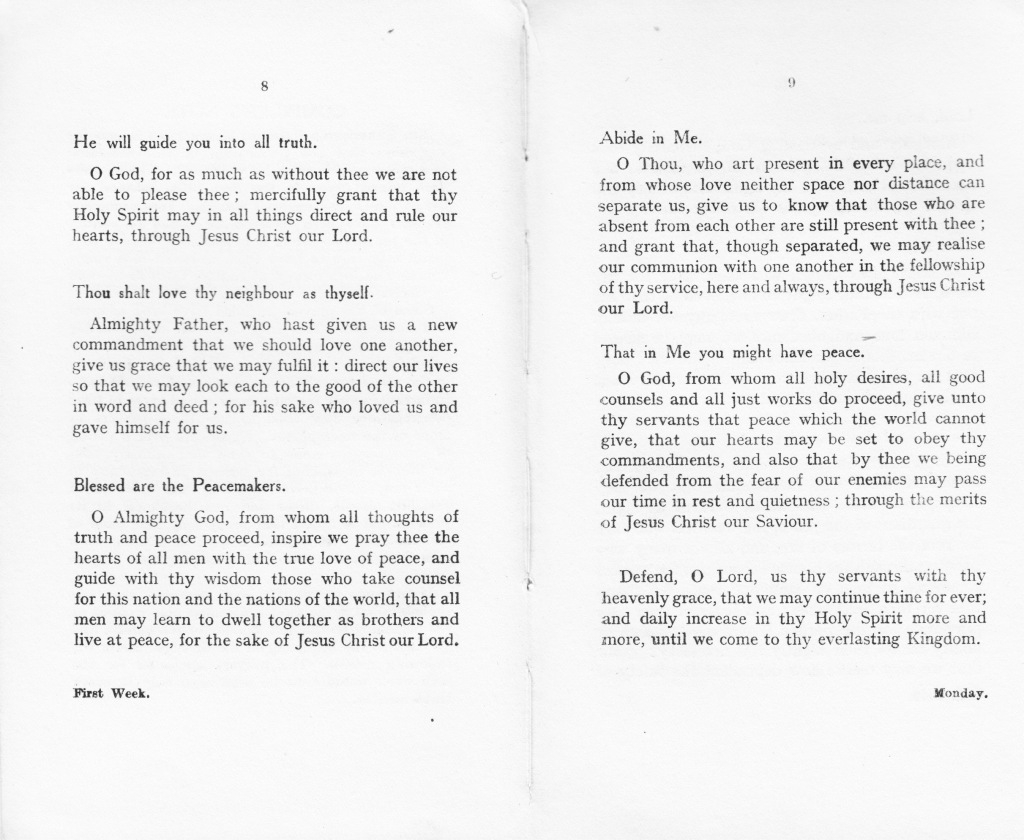 In fact, lately, even before picking up This Day, my own scripture reading has naturally merged with prayer.  I always have questions to ask the Lord, but I also make comments and just start talking about my own thoughts and related ideas.  This book is a great starting point for that kind of lovely time with God.

It is not easy to buy, however.  Amazon U.K. lists This Day and When Two or Three, but shows all the volumes as not currently available.  But you can enjoy some of these images as inspiration for personalizing your own scripture reading and prayer times, and I hope you do!

6 thoughts on “Book Review of This Day: A Collection of Simple Prayers”

There's comedic gold behind every painful experience. Here are mine.