This lovely little children’s book published in 1892 is set in Long Leatham, England, at the time of Jubilee Day, celebrating the fiftieth anniversary of Queen Victoria’s ascension to the throne.

Sam is a young boy about eight or nine years old who one day goes to church and hears a traveling missionary say that however weak or insignificant you may be, you may do great things for God if you earnestly desire it. However difficult and impossible that may seem at first, God will make it possible if you ask him with all your heart. He will show you the way. (Yes! I’m inspired! Even a children’s book can get these truths out.)

To Sam’s mind, that meant that even the youngest could be going out into the world to tell people about the love of Jesus. Although Sam is normally a quiet inactive child, he thinks about it, and takes it very deeply to heart. Soon, he wants to do that so badly that he actually tells his sister his secret and makes a plan to leave home with his tiny little rucksack and go to a particular city to find this traveling pastor.

Sam’s sister tries to talk him out of it but he will not change his mind. So she agrees to go with him and they secretly pack up some things for their trip and set up very early the next morning in the dark. The sister believes that she can persuade her brother to come back home so she assumes that they will be home by nightfall. 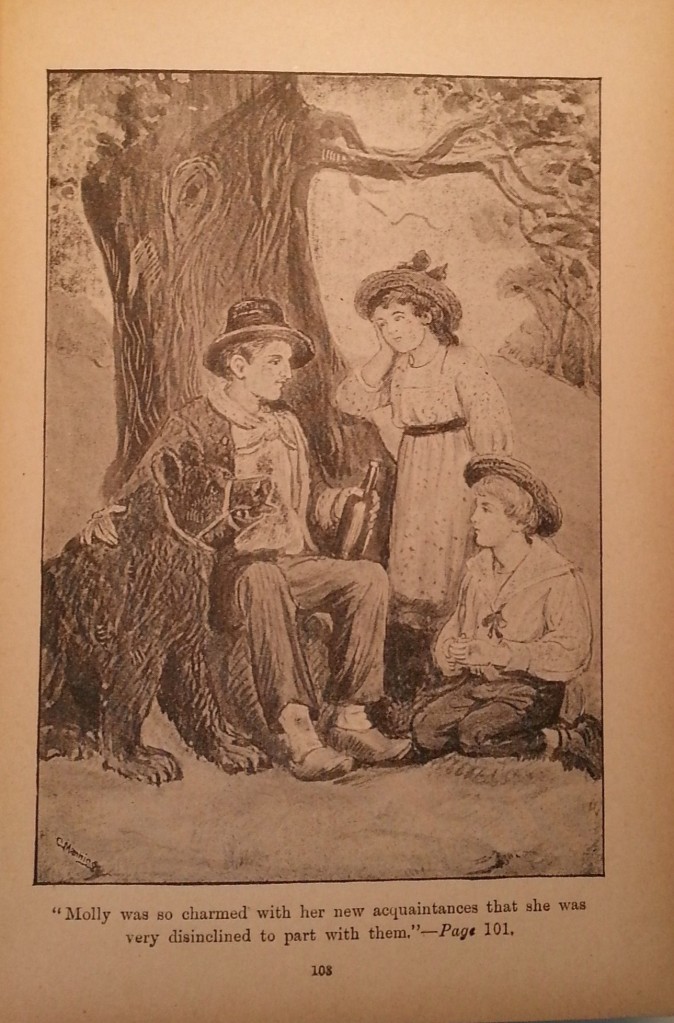 But she is wrong and they come across a lot of troubles that they didn’t expect and some unsavory people that robbed them. In the end they are brought home and sadly, the boy dies.  (Sniff sniff!)  His sister and family however believe that he ultimately accomplished his goal. All the people that found out about his determination to tell people about the love of Jesus make his story go public, far and wide, and many children are inspired by that story.

I do not like unhappy endings, on the other hand I do like realistic books, and what happened to this little boy was realistic. I love the idea that with determination, and a passion for doing good and to love others and to bring glory to the Lord, there are so many ways for that to be accomplished.  We don’t have to rely on our human ingenuity or strength or wisdom. 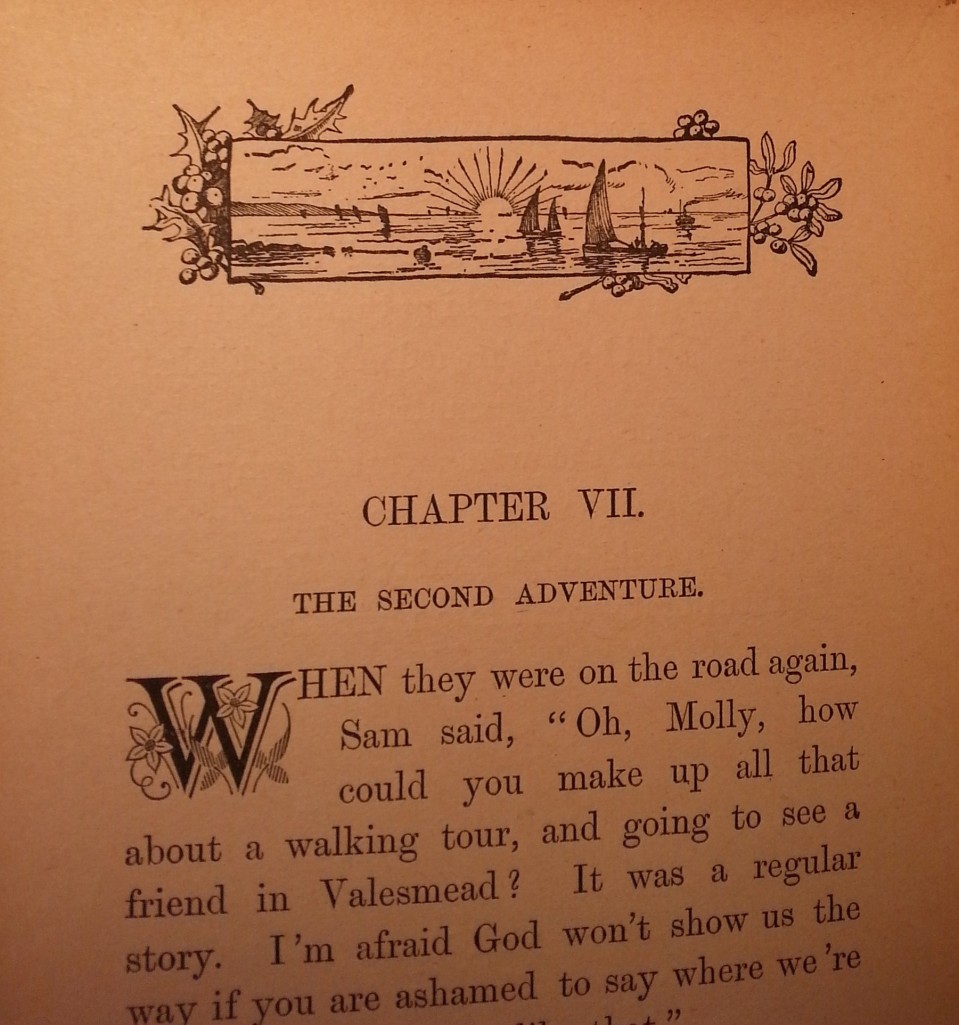 I also thoroughly enjoyed the beautifully developed characters of the other children, and references to actual historic events. It was taking place during the Jubilee celebration of Queen Victoria, and throughout the little book there were references to other events going on in history, as well as details about life at that time.

A rather exciting and unique thing about this book is that although this book was written by Beatrice Marshall, who seems to have been a fairly famous author at that time–I could not find any place online where it was for sale, or any cover image. 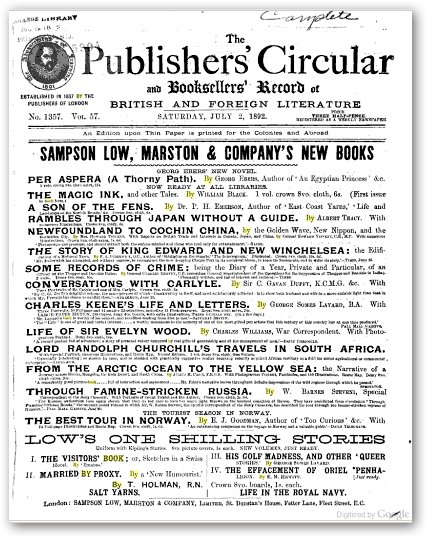 What I did find was that it appears in online copies of something called the Publishers Circular. It is listed in the October 1st 1892 edition and in the “Monthly Package for July to December 1892”. It says Beatrice Marshal is the author of Dolly’s Charge.  But I looked all over the internet and that is all I could find about this book.

So it sort of makes me excited to think, what if I have the only copy of this book, wouldn’t that be extraordinary?

Sam’s Mission was illustrated by C. Manning, published in 1892 by James Nisbet & Company Ltd, London; on the back page is typed: “Lorimer and Chalmers, Printers, Edinburgh”.

3 thoughts on “Sam’s Mission: A Story of Jubilee Year, by Beatrice Marshall”