Stumbling upon Don Quixote in a German Palace

When I posted my thoughts about the classic novel, Don Quixote, I never dreamed that within one week I would see 17th and 18th century artistic renderings of the story on the walls of a palace!

On our summer trip to Germany, my friend and I decided to go to the Charlottenberg Palace in Berlin. This palace was built by Elector Friederich III in 1699 as a summer palace for his wife Sophie Charlotte. 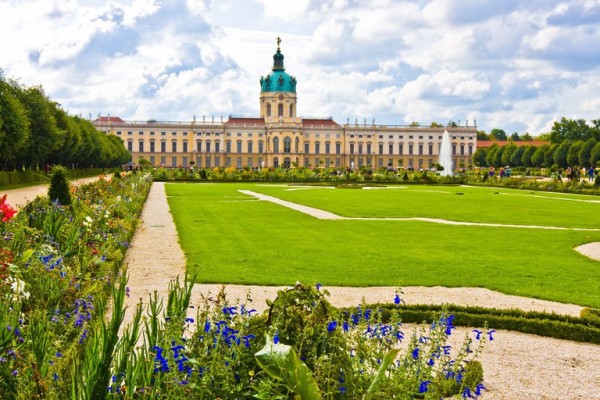 In one of the first rooms we walked through, I noticed the scene in a tapestry–the tell-tale helmet on one tall slim character and the round character on a donkey–could this be Don Quixote and Sancho Panza? Yes!

Made in Paris, the tapestries were presented to Prince Henry, the brother of Friedrich the Great, as a gift from Louise the XVI of France. Imagine! This book, written by Don Miguel de Cervantes Saavedra in 1605, was so popular that 18th-century artists created huge paintings and tapestries to depict the scenes, and kings gave them to other kings as presents. 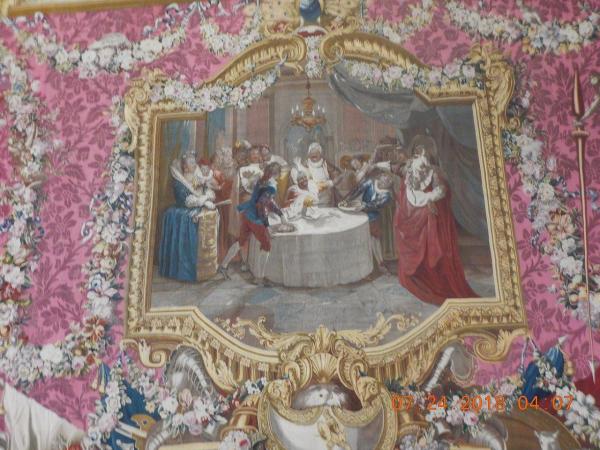 And a glorious painting filled the ceiling, showing the windmills Don Quixote imagined to be giants… 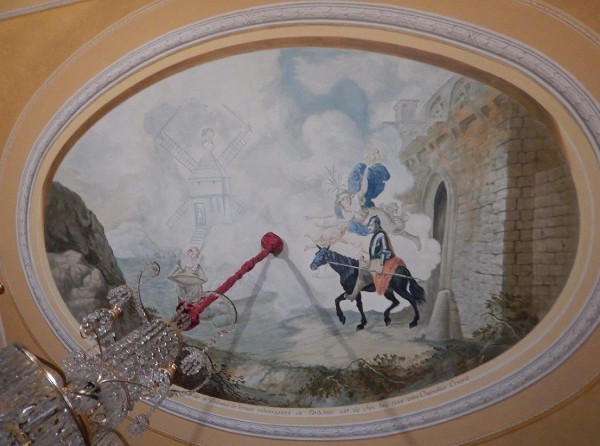 To the best of my ability (typing in the correct letters into Google Translate), the French text curving under the ceiling mural translates in English to “Don Quixote led by madness to be a wandering knight.”

What a strange and thrilling experience to see that the author (1605), the artists (tapestries 1763-1784) and all of us today were all reading the same book!

One note about the palace, and something that made me proud to be German. The palace — like so many cities and churches and palaces all over Germany — was severely damaged in World War II, and rebuilt starting in the 1950’s. Thank you, Germany, for that determination and devotion to restoring the breathtaking beauty in art, music, architecture and gardens throughout your land!